PLANETS IN SIGNS - EFFECT OF PLANETS IN ALL 12 SIGNS 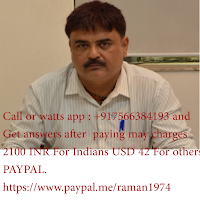 EFFECT OF VENUS IN 12 SIGNS
1)      VENUS IN ARIES: The native likes to have sex in the morning hours, he has sexual relations with others wives, he is not trustworthy; he is quarrelsome and goes to brothels.
2)      VENUS IN TAURUS: He has knowledge of many scriptures, he is lavish and smart. He is charitable and performs many good deeds in his lifetime.
3)      VENUS IN GEMINI: He is a good painter; cartoonist, he is good in writing, poet, romantic, good natured, philanthropist. He writes and creates good literature.
4)      VENUS IN CANCER: He is very religious, smart and handsome, possesses very deep knowledge, and interested in lavish living.
5)      VENUS IN LEO: He is not very happy person, performs charity, he is always anxious and likes artworks.
6)      VENUS IN VIRGO:  He is very oversexed, he is a head of his tribe, and he is happy but lacks the ability to have progeny. He is sickly due to his sexual habits. Loses money in gambling.
7)      VENUS IN LIBRA: The native likes to live a lavish life, he is a spendthrift. He has good business acumen, he is interested in all materialistic pleasures, and he is adept in arts and becomes famous personality.
8)      VENUS IN SCORPIO: He is a non-believer, He is into all sorts of bad deeds, he dislikes women, he as diseases of the private parts, he is poor and has many debts.
9)      VENUS IN SAGITTARIUS: The native is very happy, he creates his own wealth and feeds many people by it, and he is handsome and gets respected by many. He is a knowledgeable person.
10)   VENUS IN CAPRICORN: He is weak and powerless, miser, heart patient, sad, gloomy and egoistic.
11)   VENUS IN AQUARIUS: He is ever worrying, sickly, does not follow any ethics, interested in other women, dirty and unhygienic.
12)   VENUS IN PISCES: He is a sculptor, cool n calm personality, rich and famous, he is a big agriculturist or industrialist, and he may be a big jeweler.


EFFECT OF SUN IN 12 SIGNS
1)      SUN IN ARIES: The native is very self-confident, egoistic, short tempered, clever, ambitious, serious, and charitable and has problems of high acidity.
2)      SUN IN TAURUS: Sun in Taurus makes one self-reliant, amicable, and good natured, dislikes women, has problems of mouth- like teeth, gums, pimples etc. He has calm natured.
3)      SUN IN GEMINI:  The native is good in astrology, astronomy, intelligent, clever, soft hearted, likes history as a subject.
4)      SUN IN CANCER: He may become a historian, he becomes very famous, has problems related to cough, he is hardworking, charitable and performs many good deeds in life.
5)      SUN IN LEO: The natives practices yoga regularly, if not a Hindu then he may practice some physical exercise regularly. He has good company; he is constantly trying to reach hi goals and has a big heart. He likes to wander in the jungles and is a very calm natured person. He is a serious person and short tempered also.
6)      SUN IN VIRGO: The native is good in writing, he is talking rubbish most of the times, and he is having a weak physique and suffers from loss of appetite.
7)      SUN IN LIBRA: Sun in Libra makes one perform ill deeds, he is weak in composition, he is having very low self-esteem and self-confidence. He is having illicit relations and is willing to move away from his native place.
8)      SUN IN SCORPIO: In this sign – it makes a native perform secretly, he has problems of the stomach, he is short tempered, he becomes famous, and he is greedy and may also become a doctor.
9)      SUN IN SAGITTARIUS: Sun in this sign makes on intelligent, a practitioner of yoga, calm and righteous, rich, god fearing, amicable and charitable.
10)   SUN IN CAPRICORN: In this sign, the native becomes greedy, he performs ill deeds, he is not having a stable attitude, and he speaks many languages and is quarrelsome.
11)   SIN IN AQUARIUS: He is apt in his skillset; he is selfish and short tempered.
12)   SUN IN PISCES: The native is interested in yoga, he is a lover of arts and knowledge, he is intelligent and famous, he is a good businessman and gets profits from his father in law.

EFFECT OF SATURN IN 12 SIGNS
1)      SATURN IN ARIES: The native has no self-respect, ambition, he is poor and addicted to various bad habits, he is a cheat and performs many bad deeds and he does not respect anyone.
2)      SATURN IN TAURUS: He is a liar, cheat, unreliable personality. He is fool and poor person.
3)      SATURN IN GEMINI: He falls in the trap of debts, he is of bad character, poor and over sexed. He is a dubious personality.
4)      SATURN IN CANCER: The native is sad in his childhood, he is devoid of maternal happiness, he is progressive and knowledgeable.
5)      SATURN IN LEO: He is a writer, teacher, editor and an adept person overall.
6)      SATURN IN VIRGO: He speaks to the point generally, he is healthy, rich, philanthropist, has a steady and stable thought process.
7)      SATURN IN LIBRA: The native is rich, leader, famous, progressive and very self-confident.
8)      SATURN IN SCORPIO: He loses his wife or never gets married, cruel mentality, harsh, violent and greedy person.
9)      SATURN IN SAGITTARIUS: Becomes famous due to the good deeds done by his son, he is amicable, well-wisher, happy in old age.
10)   SATURN IN CAPRICORN: He is a liar, non-believer, hardworking,likes to enjoy material pleasures, likes to draw things.
11)   SATURN IN AQUARIUS: He is addicted to bad habits, non-believer, and hardworking personality.
12)   SATURN IN PISCES: He gets discouraged very soon, he is not able to think much and positive, he is interested in arts and culture.
EFFECT OF RAHU IN 12 SIGNS
1)      RAHU IN ARIES: The native is a coward, lazy, and of flickering mentality.
2)      RAHU IN TAURUS: The native is happy, bubbly but ugly also.
3)      RAHU IN GEMINI: The native is a singer, healthy body, yoga practitioner, and long lived.
4)      RAHU IN CANCER: The native is polite, sickly, poor, cheat and a loser.
5)      RAHU IN LEO: The native is clever, ethical, good natured and thinker.
6)      RAHU IN VIRGO: He is famous, soft spoken, poet, writer or a singer.
7)      RAHU IN LIBRA: Short lived, has problems of teeth, good workman, Inherits wealth.
8)      RAHU IN SCORPIO: He is an overall spoiler, loser, and cheat, poor, sickly.
9)      RAHU IN SAGITTARIUS: He is happy in childhood, may be adopted by someone, and betrays friends and well-wishers.
10)   RAHU IN CAPRICORN: He is a liar and cheat; he is fearful and performs bad deeds.
11)   RAHU IN AQUARIUS: He suffers from tooth problems, he has no family, he is a writer and knowledgeable.
12)   RAHU IN PISCES: He is god fearing, calm and gentle; he is a lover of art and skilled person.
EFFECT OF MOON IN 12 SIGNS
1)      MOON IN ARIES: The native is rich, has immovable assets, he does not have many brothers, he is always in anxiety, has fear from water.
2)      MOON IN TAURUS: The native is smart or beautiful, he is happy, oversexed, performs acts of charity, has more female offspring’s, and has problems related to cough.
3)      MOON IN GEMINI: May become an ophthalmologist, he is oversexed and performs the sexual acts well, he is a deep thinker and intelligent.
4)      MOON IN CANCER: Such a native is blessed with children, he becomes a wealthy person, has superior mind, he may become an astrologer, he may get disease of hysteria, he is very sexy and also he respect others.
5)      MOON IN LEO:  In Leo it makes one with strong body, has problems of tooth and stomach, he loves his mother a lot, has fewer issues, serious and charitable.
6)      MOON IN VIRGO: The native is beautiful, soft-spoken, serious and calm, and happy.
7)      MOON IN LIBRA: The native is well to do usually, he is charitable, he is god fearing, he is rich and helps many people earn their living or feeds many people in his life.
8)      MOON IN SCORPIO: He is having sexual relations with other women; he is a non-believer, greedy and has none or very few brothers.
9)      MOON IN SAGITTARIUS: He is a good speaker, he is smart or beautiful, he is a good sculptor, and he is a destroyer of enemies.
10)   MOON IN CAPRICORN: the native is very famous, religious, poet, short tempered and also he may be a musician too.
11)   MOON I AQUARIUS: He is a drinker, has a weak physique, lazy, sad, free minded and full of anxiety, he likes art works and knows about sculptures of different types.
12)   MOON IN PISCES: He is good in drawing, strong body, religious, overly sexed mentality is possessed by him, happy and cheerful.