The experience is very interesting, so I am sharing it. A few days ago a call came, the case was of depression, a woman age two and a half years old, before counselling, it was found out that at the age of fifteen, she was in counselling Wanted to, but the parents forcefully got them married to someone else, in that marriage they had to suffer a lot, all their lives, the upbringing of the children I felt myself forgotten but she could never forget the injustice done to her, with time the children grew up settled and now that one thought surrounded them It was that if she was married to her choice, life would not have been like this, for the last ten years she had been eating depression medicines and trying to die many times.
रेकी सिखने के लिए यहाँ क्लिक करें
She had finished, whatever she wanted to happen to him in life, she accepted it, fulfilled all her responsibilities towards home and children. After the death of the President Everyone was busy in their lives, now loneliness, increasing age and guilt had greatly increased the depression. And day and night, keep the subconscious mind thinking that if it had not been there, it would not have happened …… if they had been married to the person whom they loved then Whatever would have happened in their life, it probably would not have happened, or it would have been something else had it not happened. While talking to them during the pre-healing session, it was understood that at some point in life, if any part of your mind is deprived of any emotion, So he has no choice, sometimes the dust of time covers him, sometimes he fills him with some responsibility. Today, his responsibility was fulfilled and the feeling buried in the dust of time came to dominate him, which was making him ill by becoming a depression. I advised them to get Reiki, Reiki was a Distant, so I wrote them some Positive Affirmation and asked them for Chanting, Chanting is very important in Reiki Healing. Just two days of healing had such an effect (Reiki is no magic but will create the exact situation) that suddenly it came in his mind to find that person, he She told her children that children tried and they met too. After almost four decades, they talked to the man whom she once loved. A week later his son called that his mother was all right now. Aram has come in his depression and desire to live once again. Friends, I had many experiences in the journey of Reiki. But when this case was fixed, I was heartened. No one knows this will come Try to learn to keep the distance of one hand from everyone, whether it is happiness or sorrow. Keep thinking positive. Learn to live in today. Don't make ghosts afraid, enjoy the present. Let me end this article here with the same wish for everyone's life.  🙏 Dr. Sudha (Reiki Grand Master)
at February 28, 2021 No comments:

Mamta or Modi- Who is going to win the West Bengal 2021 assembly polls: Astrology analysis 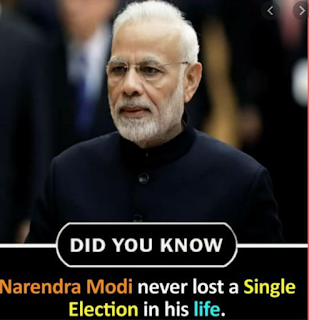 Who will win in Upcoming Election of West Bengal either Mamta or BJP?

The The Election Commission of India (ECI) has announced the Assembly election of West Bengal on Friday. It will be held from 27 March 2021 in 8 phrases and the result of the election will be declared on 2nd May, 2021. Mamta Banerjee is leading the ruling Trinamool Congress party in this election against BJP. Now, this is very interesting to see what the role of the Congress party plays in obtaining a share of the votes in the election.

The battle of election will begin for 294 seats into 8 phrases and a party has to obtain 148 seats for majority.

Fifth is from 17th April

Right and last from 29th  April.

After phrases counting will start on 2nd May.

Mamta Benerjee was leading All India Trinamool Congress (AITMC) in the election of West Bengal in 2016 for Vidhan Sabha and she attained the majority.

West Bengal Vishan Sabha has 294 seats, a single seat is elected for each member (MLAs) with five years term. Current term will end on 30th May and Biman Banerjee has the Speaker of the Assembly.

Since 2017, BJP has become strong among the others or Trinamool party. General election for Lok Sabha in 2019, Trinamool won the 22 seats of 42 and BJP attained 18 share of votes.

Through astrology you cannot estimate which party will lead the state in the upcoming election, but you can predict which party will attain a share of votes. As we can see this election is appearing mainly between Mamta Benerji leading Trinamool and BJP.

Prediction of BJP and Trinamool with high shares of votes with Astrology Method:

For this, you have a Horary Astrology (Pranshna Kundli) for both parties by choosing a different number for each. We will start with Trinamool led by Mamta Benerjee.

We found a number 248 for Trinamool in Hurary Ethology of KP Astrology. Hurary Shatra is between 1 to 249 numbers. The stages of stars are serialised and Lagna is the Meen Horoscope. If you want to find out the winner in KP Astrology then you have to follow the “6” number of sub lord.

You will find out the moon is the 6th number sub lord who is sitting in the 12th house. When the sub lord of 6th number is linked with 8th or 12th house then it leads to the loss of a person normally. It is not a good sign. Dasha (major period of planet) of moon will be with Rahu till July and August in this horoscope.

Inner lord plays a big role in the outcome of someone declaring the result of any place, person or country. According to our astrology prediction, it is not exhibiting a good result for Trinamool Congress.

We use Hurary Ethology for BJP and find the number 196.  This number is linked with Makan Lagan Horoscope. Mercury is the sub lord of 6th number and it is Vakri Graha.

The simple rule of KP Astrology is retrograde. It does not create any problem. If the star lord or sub lord is retrograde then your result will not be in your favor.

Mercury is the Cuspal sub lord and plays in the stars of the moon. There are Venus, Sun, Mercury, Saturn, Moon and Guru linked with the “Bhav" Horoscope together.

Moon is sitting in the first house and ruling 7th house in this horoscope. With this, the moon is in Rahu stars and its own sub-star. Dasha of the moon will be till 2021 in this horoscope. This is also not much better, but special things are all grahan like Venus, Sun, Mercury, Saturn, Moon and Guru sitting in the first house which means Lagna is very strong.

According to both Astrology Prediction, the BJP party is in a better situation than Trinamool. BJP can win, but we cannot say with surety which party will lead the Government, until they did not attend the full majority of votes.

Email ThisBlogThis!Share to TwitterShare to FacebookShare to Pinterest
Labels: west bengal elections 2021, Who will win west Bengal elections, Will mamta banerjee win in 2021

Saif Ali -Kareena kapoor khan new born: what does stars say about him 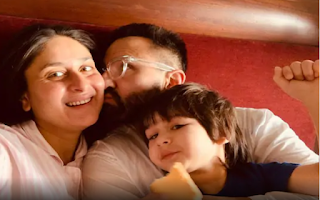