WHEN DOES A GOOD PREDICTION HAPPEN?

I was reading a book – My Experiences in Astrology by Late Shree B.V.Raman. It is one of those books which I have gone through more than 20-25 times and every time I find something new to ponder about astrology and astrologers. What is astrology all about basically? To me it is about giving timing of events – if they are promised in the horoscope and suggest Remedial measures if the chart says that things can be cured by remedial measures.
In ancient classics there are many traits given for a person to be an astrologer which vary from his personal life to ethics and social responsibilities. An astrologer should practice a disciplined life and be free from greed and have faith in God seems to be most important. He should be a sattvic person altogether. He should not demand money but remain happy in whatever the asker pays him.
But we see so many people doing astrology worldwide whose lives do not fall in the criteria of “sattvik” life style. Then why there predictions are as good as those who follow ethical life? What is the power that give them the edge to foresee future events, and wrong at time and correct at times?
India is a huge nation and in this nation it is not only astrologers who predict future correctly but also saints, siddh purusha, village astrologers, people doing “panch pakshi” vidya etc. the list will be endless.
In present age of so called development  where marriages fall in year or two many times, children throw their parents out of the home, corruption prevailing from highest to the grass root level, dowry deaths increasing and female foeticide on an overall high in our nation – how can we expect people to be as prescribed in our ancient scriptures? We are living in Kaliyuga.
As I am practicing astrology, I follow certain things in my life and I do not follow many. This is what is the case with almost all astrologers. I have seen it as I am from the same field. But I see that everyone is doing predictions and suggesting remedial measures and it is working on some and not working on some. So by and large a person into astrology becomes good for some and becomes quack for others.
The point which Lt. shree B.V.Raman ji has hinted in this book of his is- when he was going through favorable dasa and antras his predictions were going very good and when he was not going through favorable periods – his predictions were not so brilliant. Ofcourse he also said that his accuracy was around 70% in the same book.
This book most likely came in 1985 as it has foreward by A.R.SOMNATH IYER,dated 8-3-1985. A few excerpts from the same book hoping it is not causing copyright infringement, page 296 - “ Unfortunately today, in the name of “progress”, a dangerous term which we have blindly borrowed from west, even the sanctity of marriage is being questioned, thanks to the sponsored programmes and serials of the T.V. and the “progressive” idea publicised in the media by those calling themselves as champions of “women rights”. Life values so fondly cherished for generations and forming the foundations of family life in India are as a result being threatened and disruptive forces given freeplay. Sometimes the couple rush to astrologers just after a few months after getting married to know when they would be able to divorce their partners. Some marriages hardly last even a year.something must be done to halt the sense of alienation gripping the modern indian generation. These remarks are by the way.”
This was written in 1985!!! Imagine the state of affairs of today.
Now a days there are so many occupations one can do, morality level to its lowest…the wrath caused by so called – women empowerment  is so destroying the word – family  in all its meanings and things people are asking to astrologers are so shameful that I cannot even mention, where does the ethics part remain in humans? Are astrologers some other people ? No it is not like that.
Here I would like to quote from Lt shree K.S.Krishanmurthy, the founder of KP Paddhati, from his book KP READER-II PAGE-54 ,I am not remembering the edition, it is a big issue with the readers - “God will be always be alert and be giving such wonderful guidance to the astrologer,to predict correctly, if those who consult him would have satisfactorily done virtuous deeds in the previous birth. Only those who had committed serious sins in the last birth will be disappointed in this birth in every walk of life. Even able astrologers will have misguiding facts, which they have to use as the basis, so that their calculation will go wrong and their prediction will fail. Probably the chart given to the astrologer may be casted by a quack and may be incorrect. Or the unluckiest querist would have mentioned 16. The astrologer would have misheard it as 60, worked and offered a prediction which failed finally. Mishearing is God`s action which is due to to the querist`s Karma. Thus in everything the divine force will work. God neither gives proper guidance to him nor allows the astrologer to give correct prediction in his case alone,as he was a great sinner and he has to be disappointed in everything, including the prediction of the expert astrologers.”
“One can consult any astrologer. Only when the native and the astrologer have favorable time, the astrologer will be able to give correct prediction to him. But, if their time is unfavorable, everything will go wrong and the party cannot have peace of mind. Good actions alone will yield desirable results. Thus astrology reminds one to do good alone which will surely offer peace of mind. No where in christian scriptures, astrology is disapproved. No where it is forbidden. But it warns us to its proper use.”

It no way means that astrology is not a precise science, even rocket launches have failed miserably – do we question the ability of physics? Famous surgeons forget scisssors in the stomach, are they not able surgeons? Is medical science to be blamed for that ?Even the so esteemed and secure Delhi metro rail bridges fell at few places, few years back ,causing damage to the public- did we questioned the science of engineering then? Planes have crashed and gone missing and not yet found- who is to be blamed ? the science?
Thus concluding from the legends speak, I am of the opinion that all persons doing astrology are good astrologers irrespective of the fact the some are more famous and some are less. It not only depends upon the horoscope of the asker but also on the horoscope of the person giving prediction and the most important thing is , as told by shree KSK the past karmas of the asker which leads him to a person who will offer him right or wrong predictions.
I hope next time when you will meet an astrologer, you will not blame him or anyone in case the prediction failed. Rest assured when your good time will come you will find the correct prediction even from the most naïve astrologer. 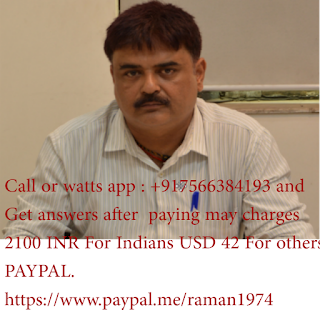 Mars has transited to Capricorn, its sign of exaltation. Capricorn is a earthy sign and Mars too represents immovable assets of a native. It also represents heavy machinery and heavy vehicles. Capricorn is ruled by saturn along with aquarius. Mars will be transiting in the stars of sun, moon and Mars. Lets see what effects it may bring in general. Those who are running dasa, bhukti or antra of mars will be more affected, others not like that.
1)      ARIES: your ego will be boosted and so will be your quarreling tendencies and aggresiveness. You will feel yourself better than others. Your love affiars will get a setback. There will be hidden gains to some. Mostly in the last phase there will be many unforeseen hindrances in your life.
2)      TAURUS: There will be increase in expenses. Your father may have bad health. There could be gains from kiths and kins. Your blood pressure will trouble you. There will be health issues related to blood in the last phase.
3)      GEMINI: There will be sudden gains and losses to you. Opponents will disturb you. There could be problems from brothers. Family life will be disturbed. You will gain position which you were not expecting.
4)      CANCER: Love life will be getting in bad shape. Better control things before they go out of hand. Your body temprature will be above normal. You will lose temper soon. Wife will be a source of dispute for some natives.Finances will improve.
5)      LEO: YOU will get irritated soon, there will be mental tensions. You will not be able to decide things properly. Your ascendant is aspected by saturn, mars both thus creating confusion. Elders may have bad health.
6)      VIRGO: Problems to your kids are indicated. They may fall ill or may be injured minorly by a sharp edged thing. Your hidden enemies will try to bounce on you. Stomach problems will surface up.
7)      LIBRA: There will be domestic strife. Loss of money is also indicated and problems in your profession may also arise due to your attitude. There will be health issues in your private parts. Some of you will have professional gains. The last phase will be giving lot of mental anguish.
8)      SCORPIO: Your ascendant lord is exalted. Transiting in your third house. There will be gains from family. You will become popular.   You will have sudden gains. Four planets are transiting in your ascendant. Be judicious when making important decisions.
9)      SAGGITARIUS: Abroad travels are indicated strongly. Your attitude will be a cause of trouble. You will have problems in lower back. Romance will flourish for the time being.
10)   CAPRICORN: Mars is transiting in your ascendant. You should remain cool and calm. Both sun and moon are not good as they are lord of 7th and 8th house. There will be mental stress, expenses etc but the last phase will be good as mars owns 11th house. When going to aquarius it will bestow some goodies to you.
11)   AQUARIUS:  THIS transit will be giving you hindrances in your professional sphere. There will be delays but things will be accomplished. You will have health issues related to stomach.
12)   PISCES: There will be good gains for those running period of mars specifically. You will do charitable deeds. You will become popular and will do long travels.